​Over the last hundred or so years, area lighting has become the mainstay of security and convenience. The first public lamp was the famous candle lantern in Paris, France, placed in front of the Grand Chatelet in 1318. In 1667, King Louis the 14th signed an ordinance to expand the outdoor lighting of the city. In 1669, the city was declared safe at night. A medal was struck to commemorate the new benefit of a well lit city. Over the next 230 years the number in Paris grew to 50,900 gas lamps.
More about outdoor area lighting at ​https://www.e-conolight.com/outdoor-lighting.html 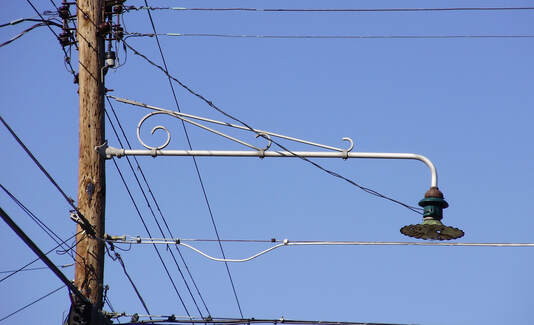 Street Lighting Before The Dark Ages

Street and other area lighting has an earlier history though not necessarily government sponsored. The 4th century saw the use of street lighting in Antioch. In the late 1800s cities around the world, including the US adopted electric and incandescent lighting and arc lights.

Soon, the area light with the highest efficiency and lighting capability combined was the sodium vapor light. The unfortunate characteristic of this light is that everything illuminated by it is turned into a range of Amber to muddy Brown to dark olive drab. It's only recently that LED technology has made serious inroads into area lighting. LED lighting produces a very bright, clean, white illumination for a fraction of the energy consumption of other light technologies.